Even though hair loss is a natural everyday process, it can be discouraging to lose your hair faster than others. Every man and woman will experience hair loss at some point. It is important to know what preventative steps you can take to help stop hair loss in its tracks and begin to grow back the hair you lost.

Check out this helpful guide on how to stimulate new hair growth. 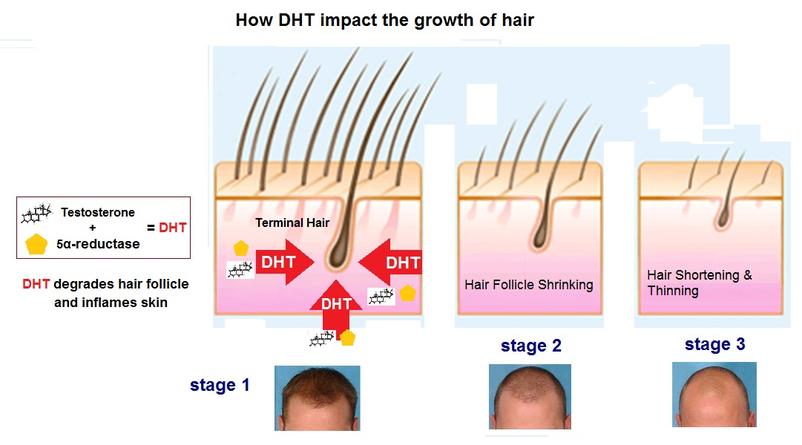 WHY IS MY HAIR FALLING OUT?

Hair loss can happen for a wide variety of reasons. High-stress levels, a poor diet, over-styling your hair, genetics, and underlining medical issues can all contribute to why you might be losing your hair faster than others.

The most common type of hair loss is called Androgenetic Alopecia or hereditary hair loss. This is a natural condition caused by genetics, hormones, and aging. When your hair falls out, miniaturization happens at the follicular level. This is when the hair follicle is slowly shrinking until nothing exists. Eventually, the hair will fall out with nothing taking its place.

Miniaturization is often caused by a hormone called dihydrotestosterone or DHT, a byproduct of testosterone. Over time, DHT will cling to the hair follicle until it shrinks down to nothing.

Hereditary hair loss will affect men and women differently. For the most part, men will notice a receding hairline around the front of the head.

IS IT POSSIBLE TO REGROW HAIR?

HOW TO STIMULATE HAIR GROWTH

In 2020, there are only three FDA-approved hair loss treatments on the market.

Finasteride (Propecia) is the only FDA approved oral drug used to treat baldness. Finasteride blocks the formation of DHT, which is one of the leading causes of hair loss. Even younger men can slow or delay the effects of hair loss by taking Finasteride. In a clinical trial, over 90 percent of patients either gained hair or maintained their hair over five years.

According to the National Cancer Institute’s 2003 prostate prevention cancer prevention study, with over 19,000 participants all over the age of 52, Finasteride was shown that if used daily over seven years would significantly reduce the risk of prostate cancer.

We recommend visiting your dermatologist to see if Finasteride is right for you. 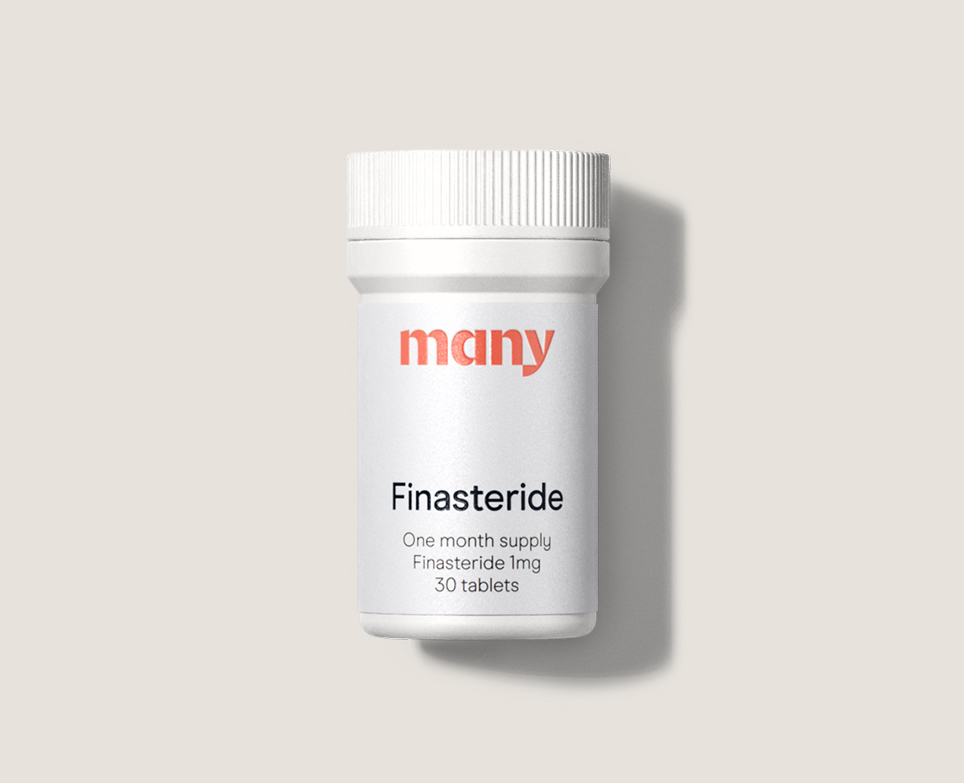 If Finasteride is proven to be ineffective or starts causing you side effects, your doctor may recommend you try Minoxidil. Minoxidil is an over-the-counter medication that is used to help stimulate the active potassium channels in the hair follicle. Used twice a day on the scalp, users of Minoxidil will start to see some growth in about 2-4 months.

At Jaxson Maximus, we found that most men prefer the mousse as an application compared to its other forms. The mousse allows you to style your hair as well as receive regrowth benefits.

As always, we recommend visiting your doctor to see if Minoxidil is right for you. They might be able to prescribe you a higher percentage formulation as well. 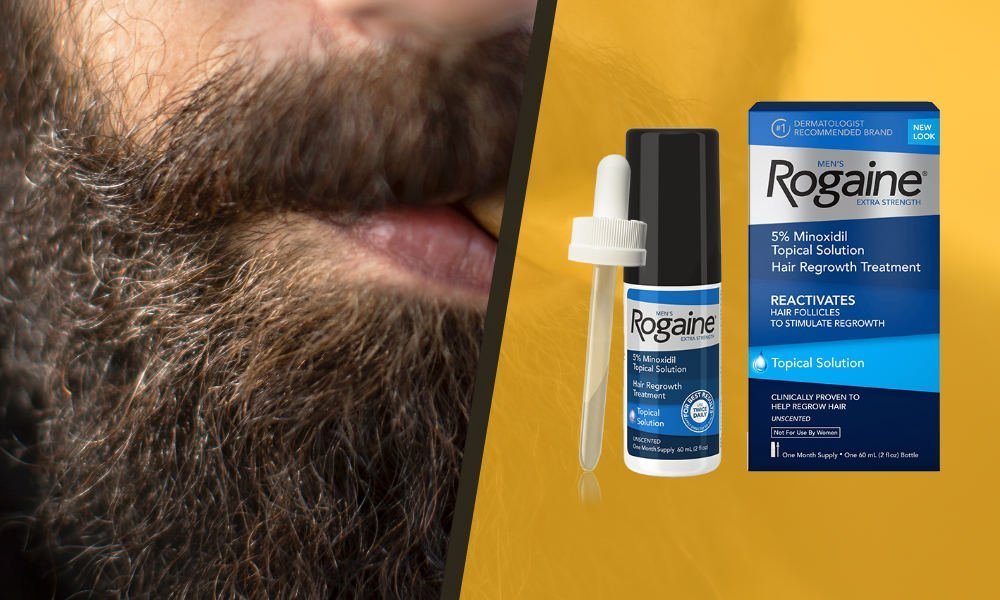 At Jaxson Maximus, HairMax is our personal preference. HairMax is the only FDA 510(k) cleared medical device that is both safe and efficient and treating hair loss. It is super convenient and only takes 90 seconds a day to use. The FDA has awarded HairMax with eight total FDA clearances based on their clinical research for their laser devices.

ATP is essential to hair growth. It promotes an increase in the cellular activity of the follicles, creating an ideal environment for hair growth to happen.

Laser treatments, such as HairMax, infuse the hair follicles with the energy needed to reverse the hair thinning process and restore a healthy hair growth cycle. LLLT is safe, easy, and effective in treating hair loss.

At Jaxson Maximus, we recommend the HairMax laser band as it’s simple and easy to use daily. It also can come as part of a system with great shampoos, conditioners, and hair boosters that are all designed to bolster your hair regrowth. 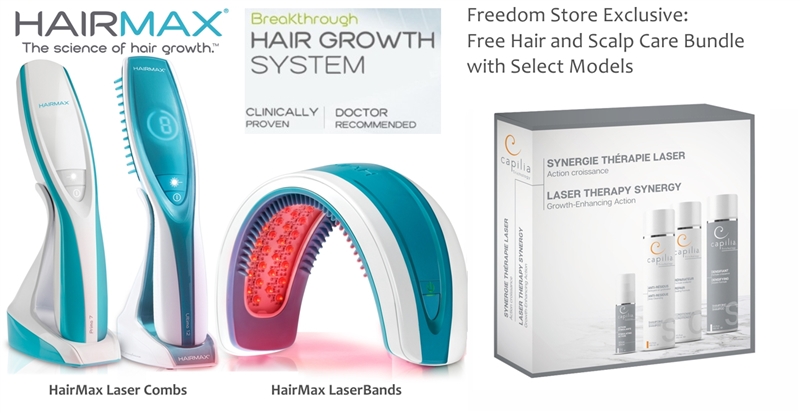 A SPECIAL OFFER FROM HAIRMAX

At Jaxson Maximus, we have partnered with HairMax to give you a special discount. You can purchase HairMax at our showroom location or by visiting www.hairmax.com. USE CODE SALON016 AT YOUR ONLINE CHECKOUT TO SAVE 15% OFF OF ANY HAIRMAX PRODUCT.
hairmax.com

CAN I USE ALL THREE TOGETHER FINASTERIDE, ROGAINE & LOW-LEVEL LASER THERAPY LIKE HAIRMAX?

The answer is yes. All three of these treatments are all safe to use independently or together. See our founder’s own testimonial below which may shed some incite on this question as well. You may find one of the treatments work, or sometimes it’s a combination of two or all three that work best for the results you desire. 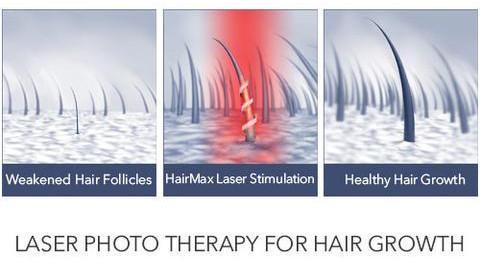 BESIDES GOING THE MEDICAL ROUTE HOW ELSE CAN I STIMULATE HAIR GROWTH?

Although these three methods have been clinically proven to help stop hair loss, you may want first to explore a few natural methods. Although not guaranteed results, some great options to try could be using:

“I personally did not discover any hair loss until I was in my late 40’s. One day I was toweling off my damp hair after I showered and was getting ready to shave. I started to notice some hair follicles in the sink. It became concerning to me personally after seeing this consistently. I also had noticed that when my hair was wet or with some styling products, I could see my scalp through my in certain places where I was not able to before. This was where I began my journey to find out what was right for me.

The amount of hair loss I was having did not warrant evasive surgery, but I did explore these options and received some great advice from several Dr’s I had seen.

All of the doctors I spoke to said that surgery should be my last option and that I should first try the non-evasive methods to see what would work best for me.

I first started my treatment with Rogaine. I used the mousse provided to me daily. While I found it to help, it was not as instantaneous as I wanted. This made me go to the next step, which was to get a prescription for Finasteride.

I have been taking Finasteride for over five years and have found it to be effective and have not experienced any of the side effects. However, I did go off of it for a time as I stopped noticing my hair follicles falling out. But after a short while, I noticed that my hair relapsed, and I began to lose follicles in the sink again, so I restarted taking Finasteride again, which seemed to have worked.

While taking Finasteride, for about a year, I had a client recommend the HairMax laser band to me as he had a similar hair loss situation.

I made the purchase of the HairMax laser band, which I found to be super easy to use and made part of my routine for getting ready every day. What I found had great results. My hair thickened, I could no longer see my scalp when my hair was damp and my troubled spots filled in at a higher rate than when I was on Finasteride just by itself.

When we opened Jaxson Maximus, Hair Max was one of the first vendors I had reached out to as we carry their laser hair bands at Jaxson Maximus.

Upon my journey, I found that you have to try and see what is right for you as it could be a single option or like me a combination of them, but they are all effective to a degree”. 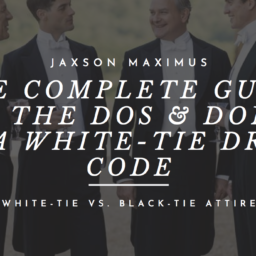 The Complete Guide Why You Should Be Receiving Regular Manicures & Pedicures

Let’s face the facts; goodbye are the days when men didn’t think about hygiene and appearance. Your hands and feet…

For most of the last century, the term bespoke is most commonly associated with Savile Row’s bespoke men’s tailoring. Today,… How To Wear 2020’s Color Of The Year Classic Blue

Before the start of the new century in 1999, the Pantone Institute announced that their color os the new decade… 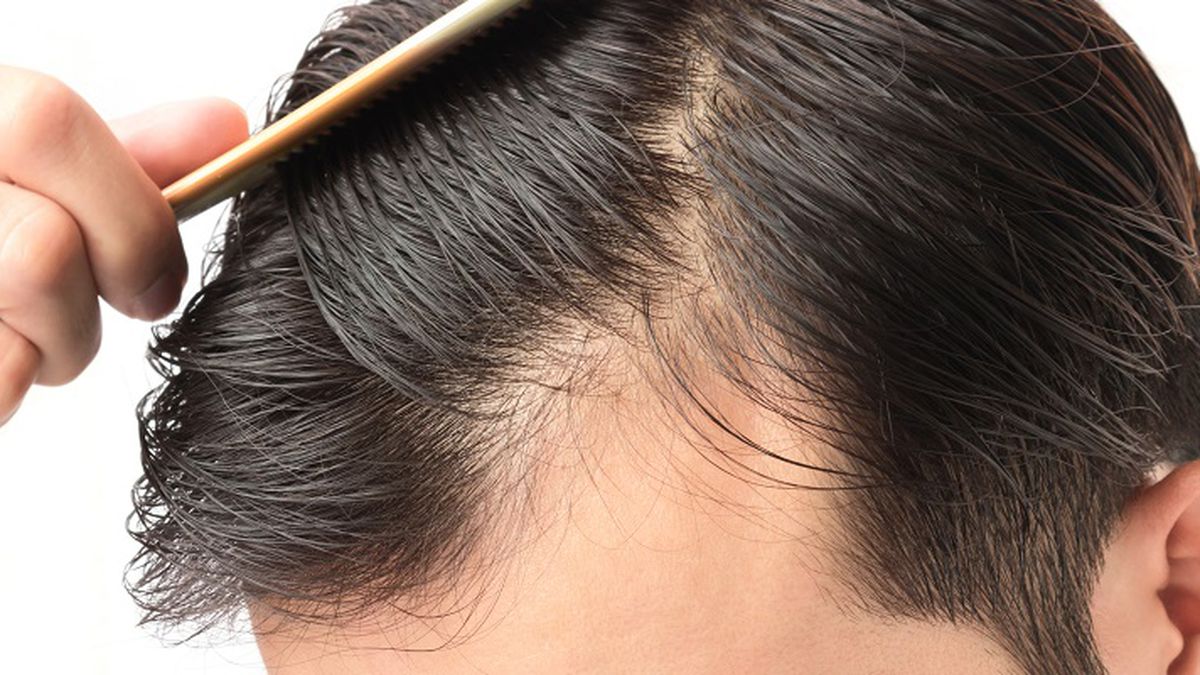 11 Causes of Hair Loss & How To Fix Them

As we age, we begin to ask ourselves the root causes of hair loss and how do I fix it?… 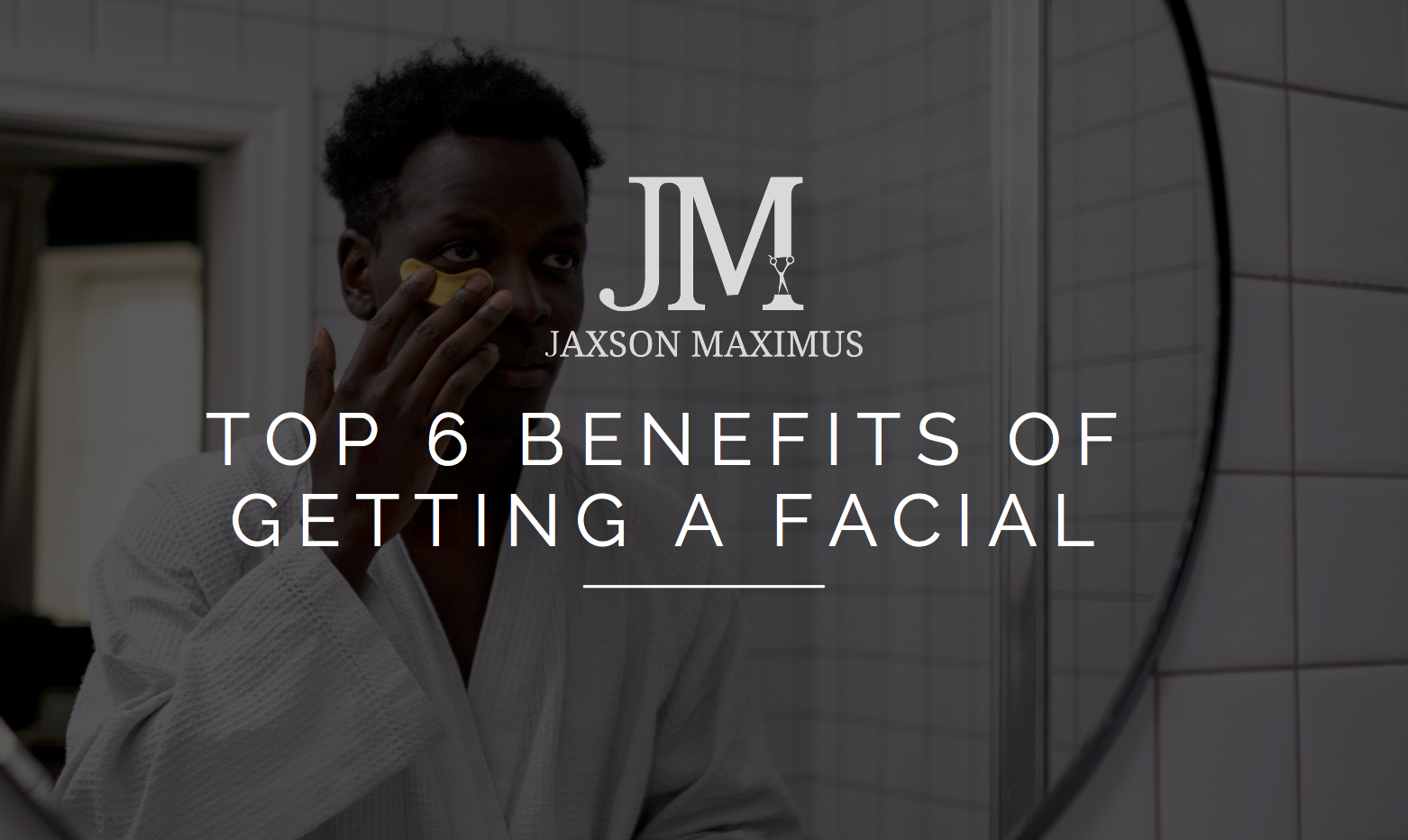 Top 6 Benefits Of Getting A Facial

They say it’s like a car wash but just for your face. Just as you would take your car to…

You might be asking yourself, so what exactly does beard oil do? Is it another trendy product, or does it… Growing a thick and luscious head of hair can be just as difficult as winning the lottery.  Today’s hairstyles… 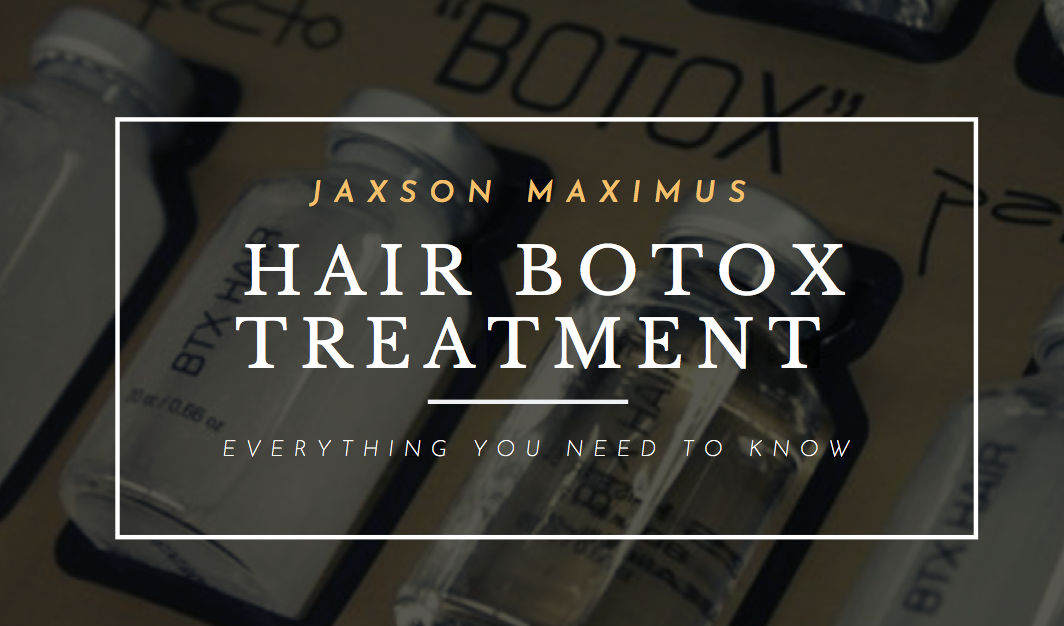 Everything You Need To Know About Getting A Hair Botox Treatment

I know what you must be thinking, hair botox involves sticking needles into the scalp. When you commonly think of… 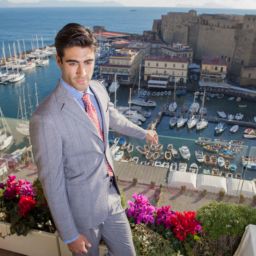 Through the course of a professional man’s life, there will be different events that you will want to elevate your… 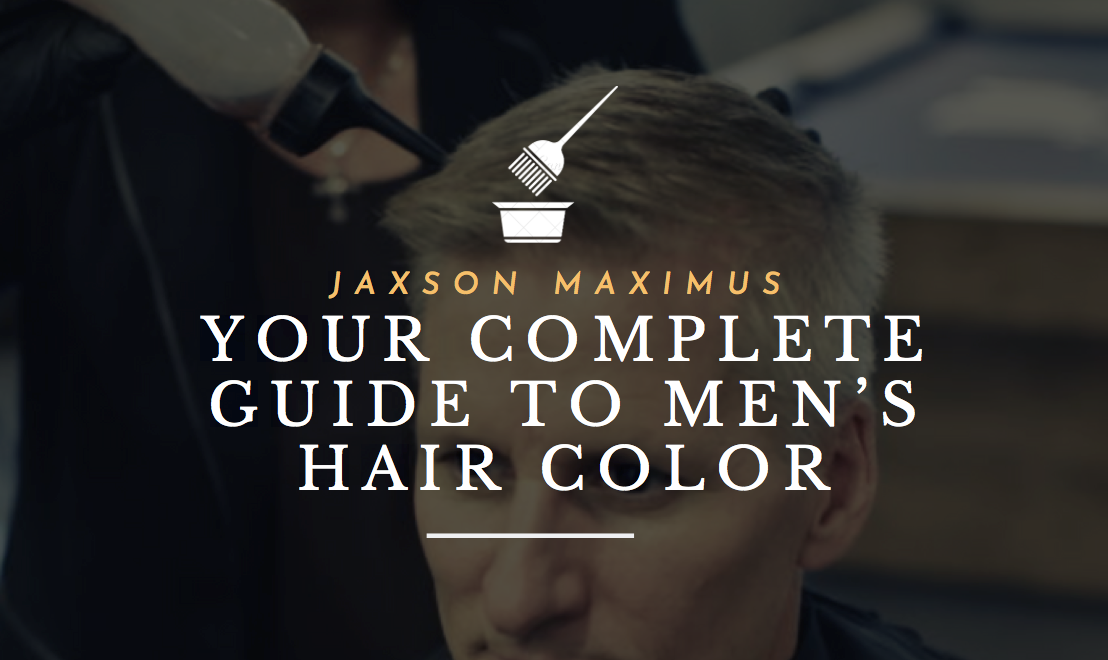 At Jaxson Maximus, we get this question almost every day “how can you make me look younger”? Everyone wants to… 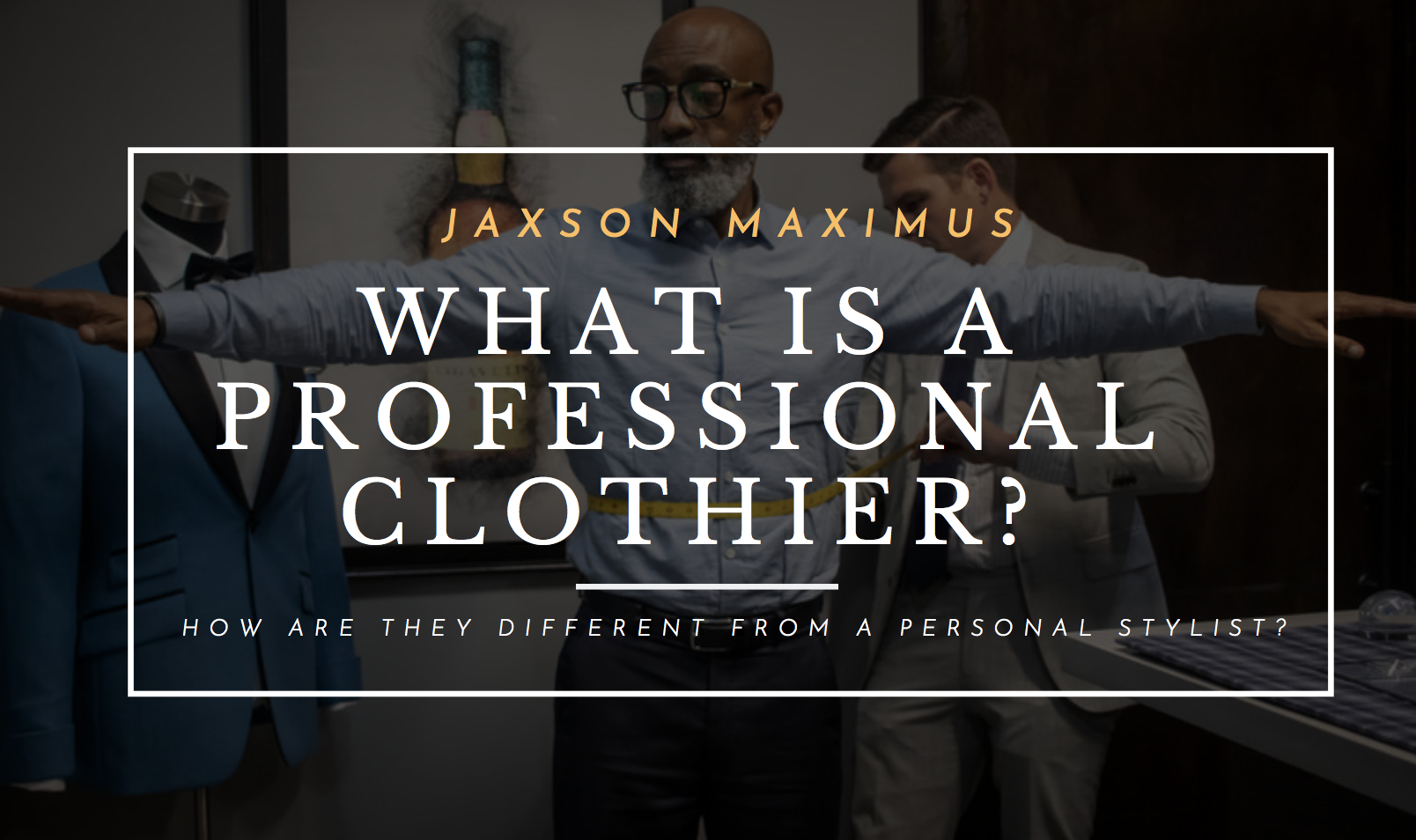 What Is A Professional Clothier? How Are They Different From A Personal Stylist?

A professional clothier is a term that is loosely thrown around to describe a tailored men’s wear specialist. Depending on… 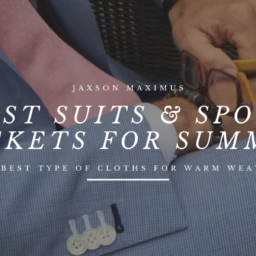 No matter the venue, a man should always look his best when attending a wedding. Beach weddings are, by nature,… 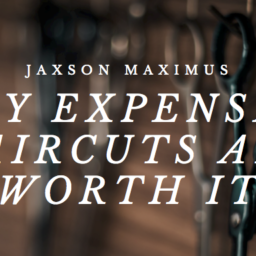 Are Expensive Haircuts Worth It?

We all know those barbershops at our local shopping center plaza. They are the ones that charge $15 for a…